In Dublin during Bloomsday. 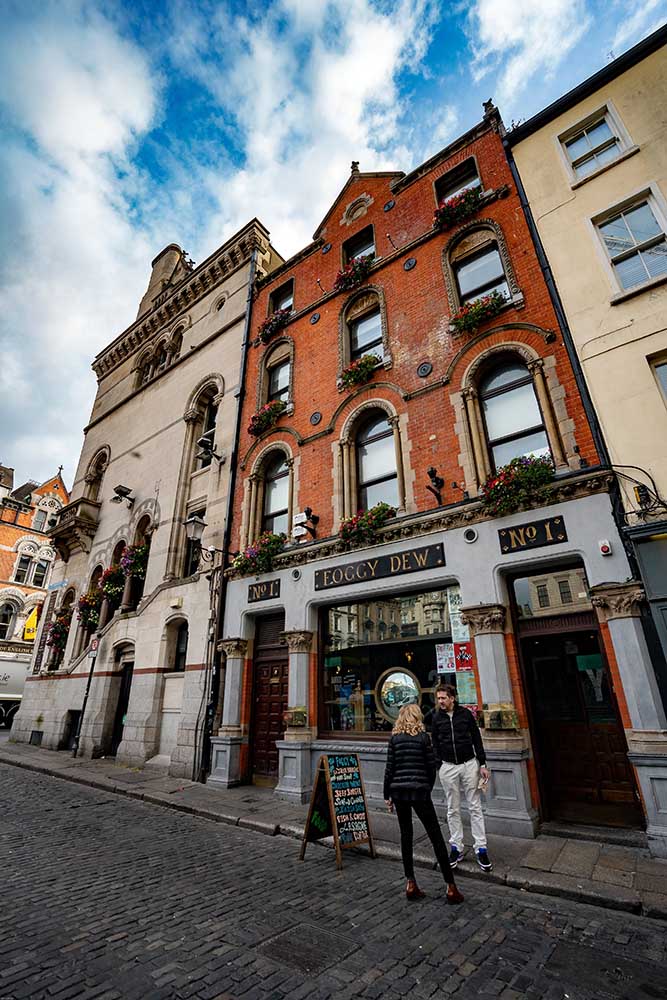 Even with two weeks in Ireland we knew we didn't have enough time to see all the stuff we wanted. The trip was going to be awesome, but hectic. The day 1 plan was to land in Dublin in the early afternoon and then try to squeeze in as much as we could before jet lag forced us to bed.

We bought direct flights from LAX to Dublin on Aer Lingus. That's certainly going in style.

The rental car did not go as planned. I wanted something narrow and small, as the roads in the southwest are ludicrously narrow. So I reserved a compact, but they gave us a huge BMW SUV. We managed, but I really don't recommend it unless you'll only be on main highways.

From previous experience I knew we needed to do as little driving in Dublin as possible. So I got a hotel near Temple Bar where we'd just park the car and have plenty to walk to. Yes, it's touristy, but we're tourists and we had a great time.

First stop as soon as we got settled in was the old Long Hall pub for a first pint. There is nothing like that first Guinness in ireland to make you feel like you're truly there. I've never bought into the mythology about Guinness tasting better in Ireland. They tend to do a better pour there, so I'd say it's a better pint for sure. But to me it tastes the same. Irregardless, a pint in Ireland is one of life's great treats. 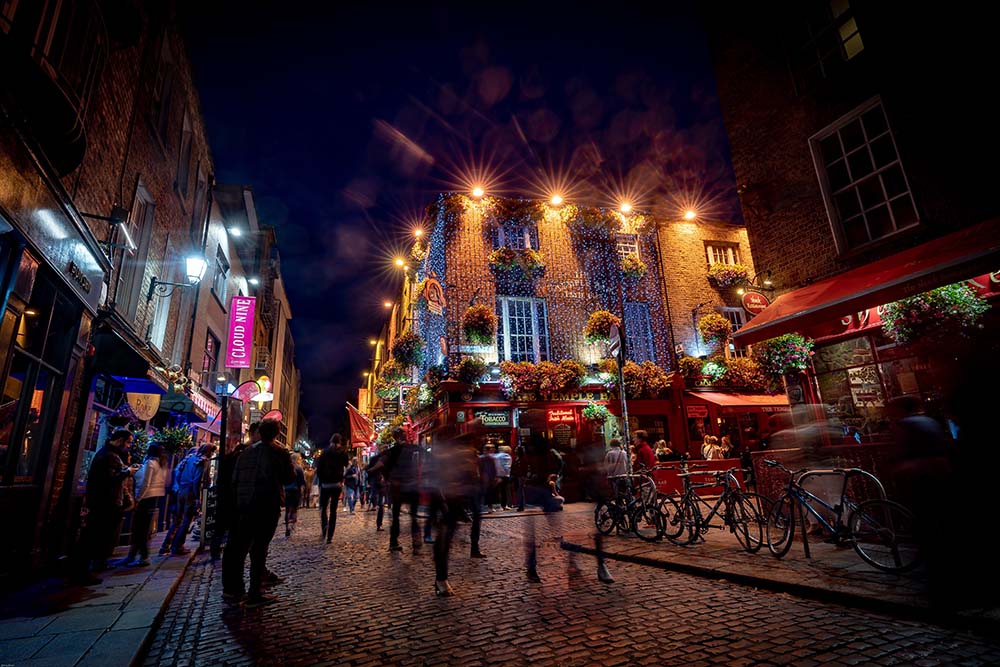 From there we decided to just stroll through Temple Bar and take in the sights and sounds. We heard some music coming out of an alley and decided to check it out. There was a rock band playing outside, a pretty good one, and a big crowd having a great time. We wandered on and heard more music, checked that out, and spent time listening to yet another great band just playing in the street. We weren't even looking for anything, but we kept finding things.

Grafton Street (a closed off cobblestone street with lots of shops) was sort of on the way to the restaurant I wanted to go to so we headed there. Right as we got there another street musician finished whatever song he was playing and launched into the Dire Straits song "Romeo and Juliet".

I should mention at this point that my traveling companion for the trip was also my high school sweetheart from 40 years ago. "Romeo and Juliet" was sort of our song. I wonder what the performer thought as he watched us stare at him, cling to each other tightly, and weep. Perhaps it was IRL foreshadowing, as the whole vacation seemed like it was that variety of magical.

I tipped him 20 Euro. I hope that made his evening as much as he made ours.

We wandered through St Stephen's Green and ended up at Matt The Thresher restaurant. Marilee had the fish and chips which she rated as fantastic. The dover sole I had was the best I've ever eaten, and a huge portion. Everything was very fresh. Recommended.

We headed back to Temple Bar. Wandered through Trinity College, taking some epic photos.

As it started to get dark we headed back to Temple Bar. I had been hauling my tripod along the whole time, and I had this thin hope we'd get a sunset over the Liffey, but it wasn't to be. Still, we did get some great night shots.

I wish we had stayed out longer to get more night shots but we were both pretty worn out. The flight was only 11 hours, but we'd actually been getting in or out of airports for closer to 16. Then hiked a few miles through Dublin. Not too shabby.