Our second day in Dublin we got so much done I can hardly believe it.

By wild coincidence our first full day in Dublin was also Bloomsday. Which is a huge deal. Wandering around the old parts of Dublin you'll see little plaques in the sidewalks and walls describing what Leopold Bloom did on that spot in the novel.

But we had zero extra time to take advantage of it. And to my shame I've never actually even read any James Joyce. So I'm in this weird situation where while many people might have "Bloomsday in Dublin" on there lifetime bucket list, I was there and avoided the whole thing. But we had shit to see, places to go. Go go go go....

First stop was for coffee and a light snack. We wandered back through the parts of Temple Bar we'd been through the night before when it was packed with partiers. Nothing was open and crews were pressure washing everything. The contrast was wonderful. Everything still and quiet. It reminded me of Bourbon St in New Orleans - Loud and filthy and smelly at night, peaceful and sparkling clean in the morning. Coffee and scones, so civilized. 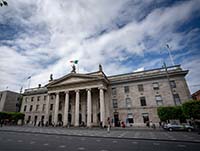 Our next stop was Trinity College. I assumed there would be an extra big line for the Book of Kells and the Long Room library. So I bought the earliest ticket I could online and we showed up well before it opened. But there was no line, so we wandered around the campus a bit and waited. I thought about Hozier studying music there and walking the same cobblestone paths we were.

The Book of Kells is both amazing and a bit underwhelming. You see pictures of it and it looks huge. But it's actually a bit less than a foot tall. I think the tiny text and images cause that. So the blown up images are probably a better way to appreciate it. And it's sitting in a case that makes it hard to even see. Still, it's ancient and amazing. In the post technological revolution world we live it, printed books are rare again. I doubt we'll never see people producing stuff like this again.

The Long Room was the main reason for me to be there. It's just a library. But to a photographer like me it's a major destination. The wide angle lens I bought before the trip was largely just for that one shot. Really happy with how it came out, especially the closeups of the books.

The next thing on the itinerary was meeting up with Sharon & co. They would have just landed. And we were going to somehow find them in Temple Bar and have some lunch. Should be no problem. We all have cellphones with international data plans. We all have Google maps, and we're sharing locations. Well..... it wasn't that easy.

Sharon's version of the story is likely different than mine. We could see they'd landed. Google maps had her dot at the airport. But then it never moved. And texts to her went unanswered. Somehow we worked out that she had no data on her phone. So no maps. No detailed trip notes we'd done before leaving. No way to communicate with us. So.... I uh...... guess we just wait? I can sense her freaking out, and imagine her boyfriend rethinking this whole "let's travel to Europe" thing. Slowly coms start to come through. They've made it to the hotel, they have a small printed map, how do they get to us?

The streets where we were were literally laid out by Vikings 1200 years ago. Trying to navigate even with a good map is problematic. Christ Church cathedral is across the street. Look for the steeple I guess? Head that way? We have no idea what's going on. Do we wait? Do we go look for them? We have maps just fine, should they stop moving so we can track them down? These are all problems for a century that has passed. Cell Phones were supposed to have fixed all this. What do we do???!!!!!!

Suddenly they walk up to us and demand food. We pop into Darkey Kelly's for some delishious fish & chips. And more Guiness of course. 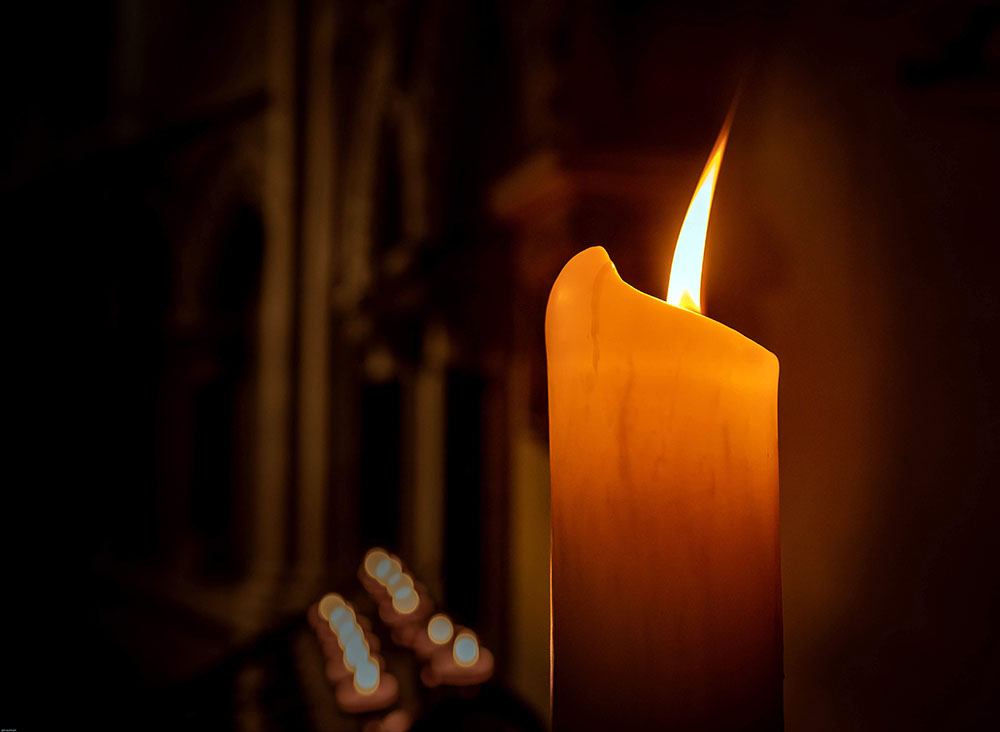 We got the cellphone situation worked out and headed out for the 2nd half of the day. Christ Church Cathedral was right across the street, so we all headed over there for some touristy sightseeing.

I wish I had spent way more time in cathedrals in Ireland. There are so many great ones I'm now missing epic photos from. Unsurprisingly, in a building designed to inspire awe and reverence, the photo opportunities are hard to match. But I did get some of the best photos on the trip here, so it's hard to be too disappointed.

We all wandered over to Dublin Castle, which would be a great spot for a picnic, but really isn't the European castle you might imagine. Sharon & Co headed back to their hotel to pass out, and Marilee and I continued our relentless pace through the city.

We had tickets for the DoDublin tour bus, so we headed over to O'Connell Street to explore and pick those up. As a man proud of my Irish heritage, I paid respects at the GPO. We were racing along at this point. So only a few quick photos of The Spire, and the James Joyce Statue. 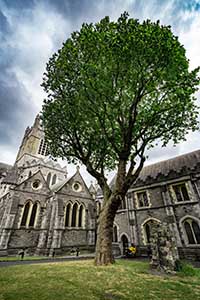 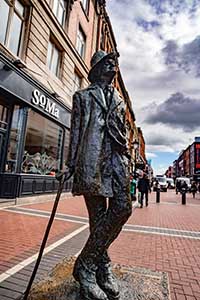 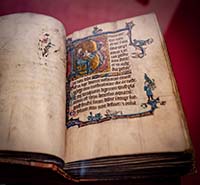 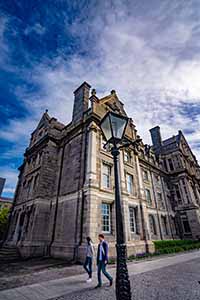 I don't really have the temperament for tour buses. I usually want more control, usually want to stop places the bus doesn't stop. It's basically the perfect way to frustrate a photographer. But the DoDublin bus had great reviews. And if you were like us, with nowhere near enough time to go to everything on your own, it's sort of your only option. 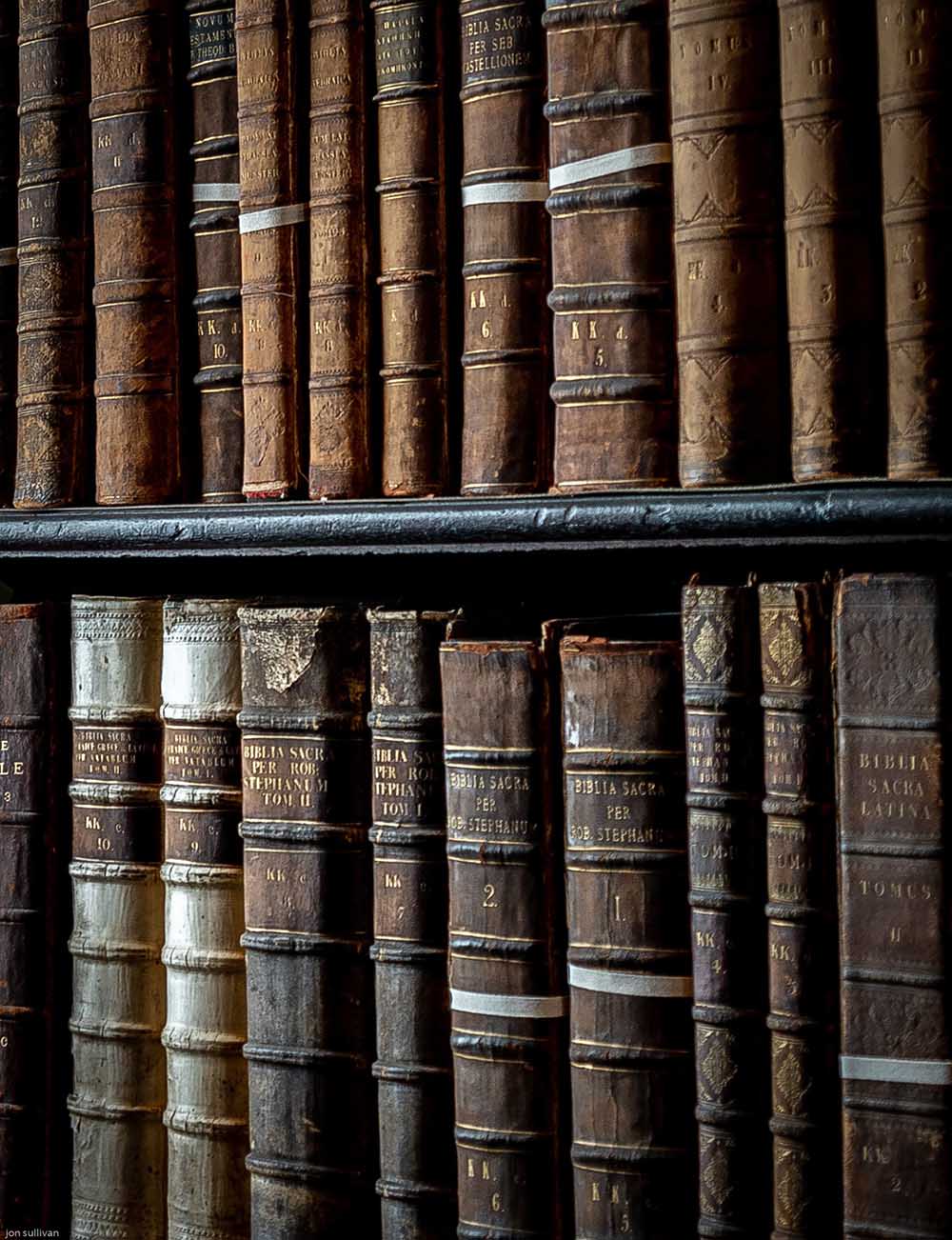 And we had a great time. I am so glad we got those tickets. The driver told stories and sang patriotic songs which brought me to tears. Highly recommended. We stopped off at the Guinness Storehouse for the full tour. Not really my cup of tea, but the view from the top is spectacular.

(at this point.... I have no idea..... I should have kept notes. But I didn't. And I don't remember. So just use your imagination about what we did for the next couple hours.)

After that excitement we met up with Sharon & Co again to get some dinner. We settled on Indian cuisine and headed to a place in Temple Bar we'd earlier smelled delicious aromas coming from. This was the dinner where a sleepy 11 year old nephew chugged a full pint of hard cider by mistake. "Tastes like apple juice." To our great relief/disappointment, he didn't feel any ill effects. 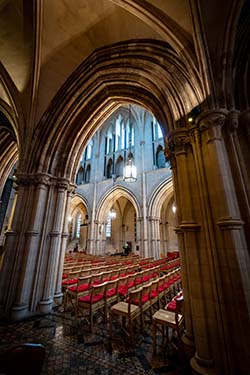 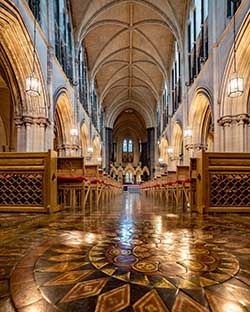 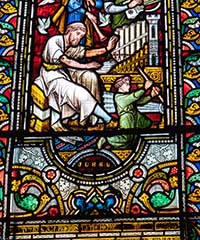 2019-09-13 12:39:38 : The first hours in Dublin were not my finest moments. Being without navigation, driving a stick shift and on the wrong side of the road was a nightmare. Morgan was the only sane one in the car. We did get a Garmen at the rental car place but literally all she kept saying was "Turn left, then, turn left", over and over. Then I got the car stuck on a curb because we couldn't figure out how to get the car into reverse. No joke. I made Michael push the car backwards out of a parking spot because there was no other way. Morgan will always remember it as the time mommy went crazy. Sometimes we laugh about it, other times he get the distant look of trauma on his face.

I still have no idea how we made it to Christ's Church. We had one of those cartoon walking maps of Dublin and in my brain was the hours and hours of Dublin research trying to choose a place to stay. Seeing you and Marilee walk down the street that day was a beautiful sight!!

When Morgan woke up and slugged that hard cider was one of the best of the trip. We'll never forget that and his grin when we tell the story is pretty cute.