For the last 17 years World of Warcraft has been my only constant companion. My rock. But then everything changed. 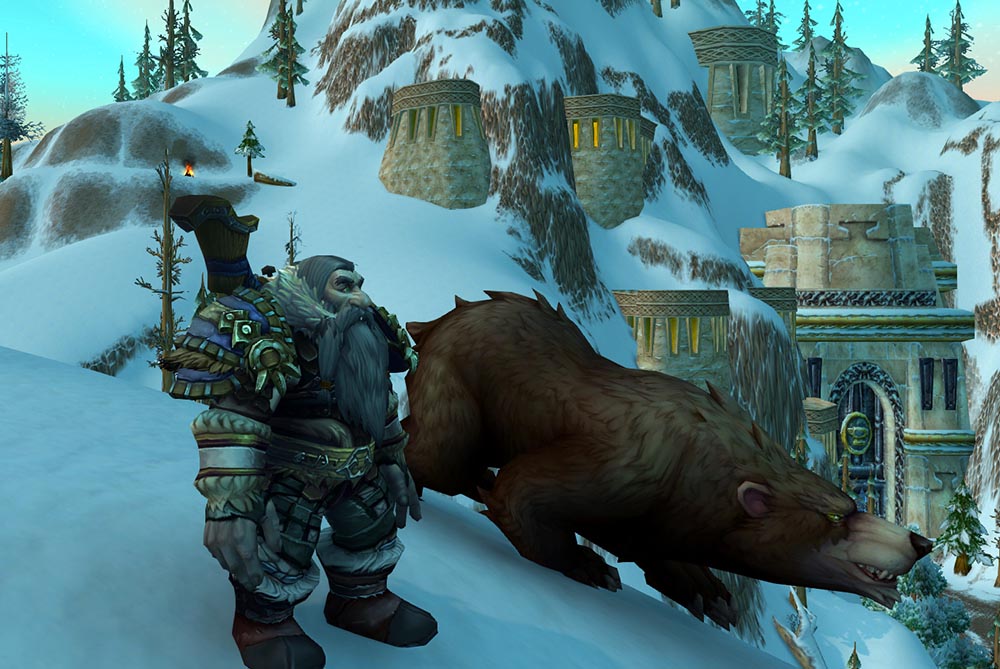 It's no secret that I've been "all in" with Blizzard and World of Warcraft. My license plate is an obscure WoW joke. My favorite tattoo is the Horde battle banner. I have a 30 pound Gorehowl ax hanging on my wall. My ten year account statue has been a big source of nerd pride. I was literally first in line at the theatre when the Warcraft movie came out. I've paid $200 for Blizzcon tickets and I'd have paid triple that if needed. I've learned Lua computer language just so I could mess with the game API. I GM'd a guild that was top 10 progression on my server. My /played hours across all accounts is over 4 years (yes really).

And while a lot of that of course stemmed from it being a great game and a great community, it was also my admiration of the men who created it. These were the people I always wanted to be. Nerds who knew as soon as they first played video games that they would learn to program and it would be their life. They played D&D, they read comics, they'd read every pulp novel Roger Zelazny ever wrote, most of them twice. Elric of Melnibone was their champion. All they wanted was to build it so they could play it. They wanted to create something epic and huge and fantastical. And all the better if they could get rich and famous in the process. And they did it. They lived the dream.

They were my heroes. Full stop.

But then everything changed.

The state of California is currently suing Blizzard for systemic sexual harassment that involved all of those "heroes". The feds are now joining in. This wasn't a few women complaining they were sexually harassed. This was the company fostering and encouraging harassment. This wasn't a couple low level developers. This was the company leadership on down. This isn't something they dealt with and fixed. This is something Blizzard, as a company, enjoyed. They enjoyed harassing women. It was good fun to them.

My heroes turned out to be shit stains.

And of course they are all saying they didn't know. But I've been in IT a long time. I've worked for big companies. I'm not going to buy the bullshit that no one knew. If you're in your own green room at Blizzcon, and you're calling it the "Bill Cosby Room", you can't pretend you are shocked to learn sexual harassment is going on. The "Bill Cosby Room". I'm paying $200 for Blizzcon tickets, and the heroes I'm there to see are hanging out in what they gleefully call the "Bill Cosby Room". They are shit stains. Fucking shit stains. One woman ended up committing suicide. Really. It was 100% not subtle or nuanced. None of them fucking did anything about it. Not one damn thing. And how is "I didn't know" even something you can say without feeling disgusted with yourself? It was your job to know you shit stain. It was your job to not let this happen on your watch. You knew.

And I'm no stranger to the problem IT has with sexual harassment. I'm not going to pretend video game companies have ever had a reputation for female empowerment. It's an industry problem. But this was on another level. So.... shame on me for idolizing men who were major builders of that industry. From the outside they seemed different. Of course they weren't.

Obviously I can't let that company have any more of my money. Blizzard's response to the California lawsuit was to have a woman they just hired come out and say it never happened and even if it did it was a long time ago and she's a woman so she'd know. The woman just happened(?) to be one of the main apologists for Bush's torture policy. Yes, really. And when female employees started to organize to demand corporate changes in light of the lawsuit, Blizzard quickly hired a law firm best known for union busting. Yes, really.

So..... Here we are..... The thing that has been my rock for 17 years is now dead to me. At this point I can't even think of the game or the company without being disgusted. Same for Diablo. I feel like a part of my soul has been ripped out and left in that Bill Cosby Room.

And I know it's not about me. I weep as well for all the great hardworking women who helped build Blizzard, only to be harrassed, and passed over, and marginalized. Blizzard is dead to me, but I hope the victims get justice. I hope Blizzard pays and keeps paying until Blizzard is no more. And I understand there are fine and innocent people working there now who will pay for the sins of those who quit when it came out. So be it. Find a company where the suits don't joke about luring women to their Bill Cosby Room. A woman died. Blizzard needs to end.

They were my heroes. No more.

2021-09-24 08:30:27 : I woman I knew when I was active with local Democrats recently exposed herself to the world as, her words, a rape statistic. That hit me like a hammer. I have no organization to blame, no authority to hold to the fire, but if I did I'd like to think I would respond with your level of sacrifice and wrath.

2021-09-24 08:45:38 : Thank you Rob. I hope that I've done right for the women I've worked with. I can say I've fired otherwise capable men for sexual harassment. My tolerance level for it is zero. To find out Blizzard was doubling down on it is beyond heart breaking to me. It's just a stupid game. But I'm in a bit of life crisis over it. Which is stupid. Fucking shit stains.