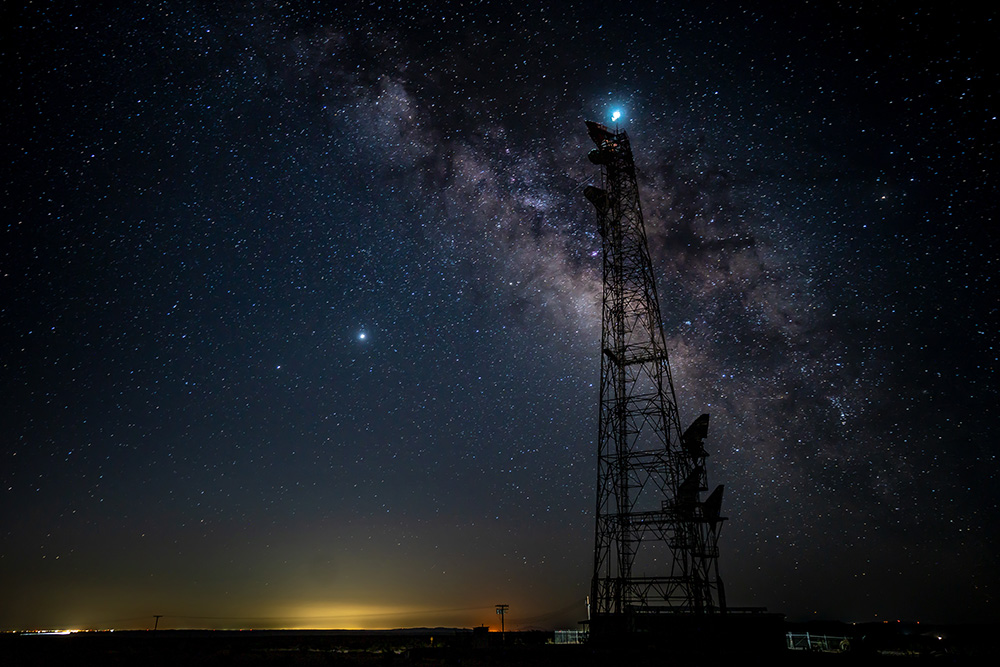 The 130 giant Ricardo Breceda statues just sitting out in the desert. Bombay Beach, which is some weird intersection of legit ghost town, 1950s time warp, and Burning Man hand-me-downs. California's first International Dark-Sky Community, making it a huge draw for astrophotography in the dirtiest place imaginable. Salvation Mountain, whose message of "unconditional love to humankind" is made from 1000s of gallons of paint poured over hay bales and left to harden into a latex rainbow mountain. The International Banana Museum. The alien landscape that is the Salton Sea itself : A huge poisonous lake teaming with fish. Slab City : An enclave of anarchy where there are no utilities, no taxes, and no ties to modern life.

Visiting during a global pandemic was odd in itself. Everyone I saw was wearing a mask. Even the group of photographers out in the dark doing comet photos. That made me happy. It's also weird to have weekend traffic so light. Getting out of the city most Fridays is bumper to bumper, but no back up at all now. What I assume was the sanitizer the hotel used smelled strongly like a grapefruit shandy IPA. Not in a good way.

My main reason for going was to try and get some interesting comet photos. I didn't really get what I was hoping for, but I got a few keepers. I did get some very nice milky way photos though. This one was a quick edit. I still need to go through the others.

I spent a lot of time thinking about the idea we are really in a computer simulation. Things do seem oddly not real in 2020. The idea is that if there ever existed a civilization advanced enough to make such a simulation, it would not only be able to create unlimited different simulations, but also simulations inside simulations, thus basically creating infinite simulations. But with only one reality there is a much higher chance we're in a simulation than not.

Whatever alien being is running our simulation must be laughing their ass off.