Round towers, stone circles, Rock of Cashel, and a promise fulfilled. 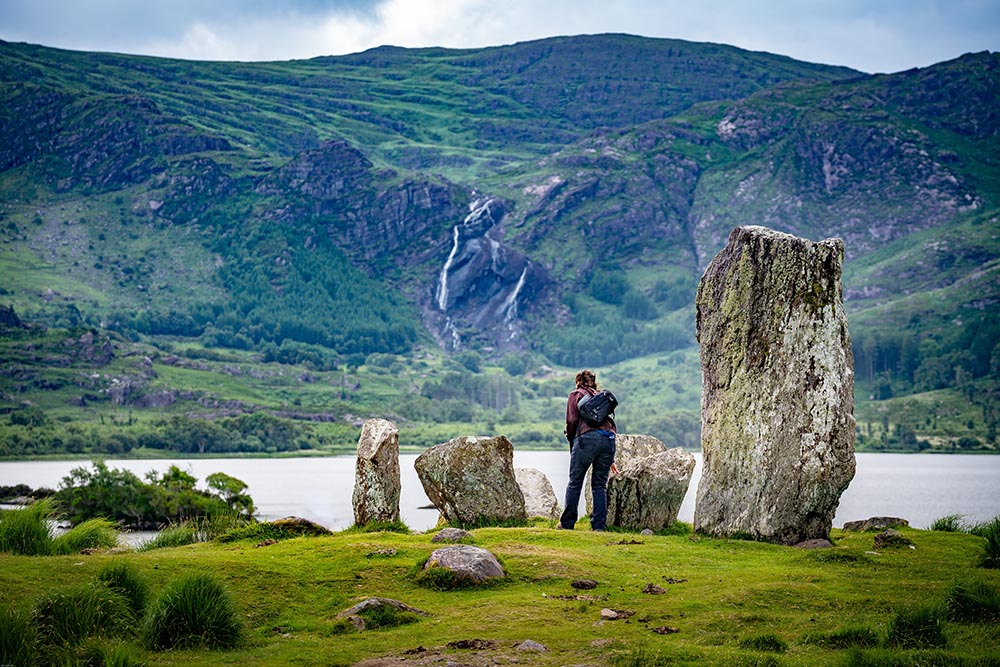 We were basing most of our trip out of the Dingle Peninsula. So the next two days would be a meandering yet rushed drive from Dublin, stopping in Cork, then finally on to the cottage we'd rented by the ocean.

As usual there were way more things that I really wanted to see between us and the cottage than we'd be able to get to. So we rolled out of bed early and headed through the Wicklow mountains to Glendalough. I wasn't sure if we could get in before it opened, or even if it was ever closed, but I wanted to get there early. So we timed it to get there a bit before the Internet indicated things got started. My main worry was parking. But we were the only ones there when we arrived, and the gate was open. No one around. Sort of our own little 11th century monastic ruins.

I would have loved to spend a whole day roaming around the trails and lakes at Glendalough. But we had a hotel for the night in Cork, hours away, so things were brief.

Marilee and I had sort of been planning this vacation since we were in high school. And since I'd been to most of the stuff we'd see, I was happy with a run and capture strategy where I got the photos I needed and raced on. But I was constantly worried about dragging her away from such magical places.

In the last post for this story someone mentioned that the weight of thousands of years of souls who lived and died where we were walking must be a palpable thing. Glendalough has that in abundance. It feels like myths and legends swirl around you. You feel like if you were quiet and listened close you could hear the echoes of monks fighting off Vikings from their round towers. I don't really know what magic means in this context. But I know it was magical. The slow mist moving through the ancient gravestones. The faint smell of peat and bog. The caves where saints prayed. The calm. So hard to leave.

Thankfully the whole trip was that way. 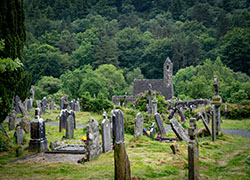 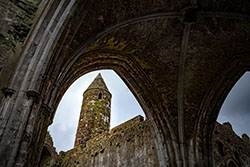 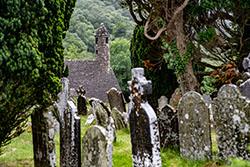 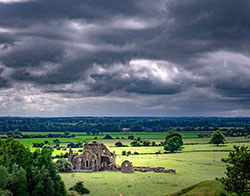 I think I remember my father once saying the Piper's Stones (the Athgreany stone circle) was his favorite. And that was our next stop.

The circle is probably 2500 years old. And it has a wonderfully twisted and gnarled old hawthorne tree on one side. There is a huge boulder to one side - The piper of the circle's mythology. Several of the stones have cups and markings whose meaning has been long lost.

While we'd been planning this trip for the last few years, one of my main goals, and really my original reason to want to go, was so Marilee could be right there and put her hands on it. I knew it would be powerful to her. And I knew she might never get to do that if I didn't make it happen.

Getting her there was a promise I'd made to myself. And even after living together fell apart and she moved away and my heart broke and I withdrew into my cave, I never gave up on that promise. When she finally was able to physically be there and touch those stones it was like my whole body and soul sighed with relief. I needed to see that happen before I died.

And on we drove to the next. And the next.

And of course it was taking too long. We needed to get to Cork, but with half the day gone we weren't half way there. And worse yet, the road we were on started to fill up with traffic and slow down. I wasn't worried, but it meant we couldn't see as many things as we'd have liked.

As we came around a corner I caught a glimpse of the Rock of Cashel in the distance. As one does when seeing such things I gasped and cried out to God. And just that quick it was gone behind some trees. I knew it would reappear momentarily, and I knew Marilee hadn't seen it. She asked what I'd seen, and told her it was nothing. I wanted her to have that first glimpse with no anticipation.

We pulled off the road to take some photos. That picture is one I'm most proud of. I had it printed poster size and it hangs over my desk as I type this. My beloved 200mm lens pulling in a mile of green pasture, then the ancient castle on the hill, and the dramatic rolling clouds above it.

We went in and it was pretty much the rest of our day. At the Rock of Cashel it's easy to just put the remainder of your carefully planned itinerary aside and relax and stay awhile.

I don't believe in any new agey spiritual stuff. But I do believe we all live forever through the mythology of our clans. Rich or poor, famous or unknown, the story of our ancestors is our story, and we will always be a part of it. We live forever shoulder to shoulder with the men and women who literally gave us birth, one generation after another. Until we meet again around that castle on the hill.

2019-09-20 07:12:16 : This is just beautiful. It makes me cry big ugly tears running down my face while I sit at my desk and people stare. The last paragraph makes me long to be with family, blood and non-blood family. It makes me want to go back to Ireland. It makes me want to believe there is an afterlife and I'll get to see mom and dad again. And so many others.

2019-09-22 17:31:03 : I have never experienced any place so filled with magic, history, beauty...Jon, your love and passion for this place and for me made this journey more than an epic trip but a trio of a lifetime. Thank you for helping me make my dream come true!