People get pretty het up over what is and isn't proper pizza. As I think I need more homemade pizza in my life, let's set some ground rules.

I've had a pretty deep relationship with pizza. As a youngster, my mom made pizzas from scratch on special days. And still today I can say it was the best pizza I've ever had. Sort of a Sicilian style, but heavily influenced by a San Francisco pizzeria my folks had gone to back when they were starving college students. More toppings, lots of fresh garlic and olive oil before the sauce, made on big, heavy square pans. 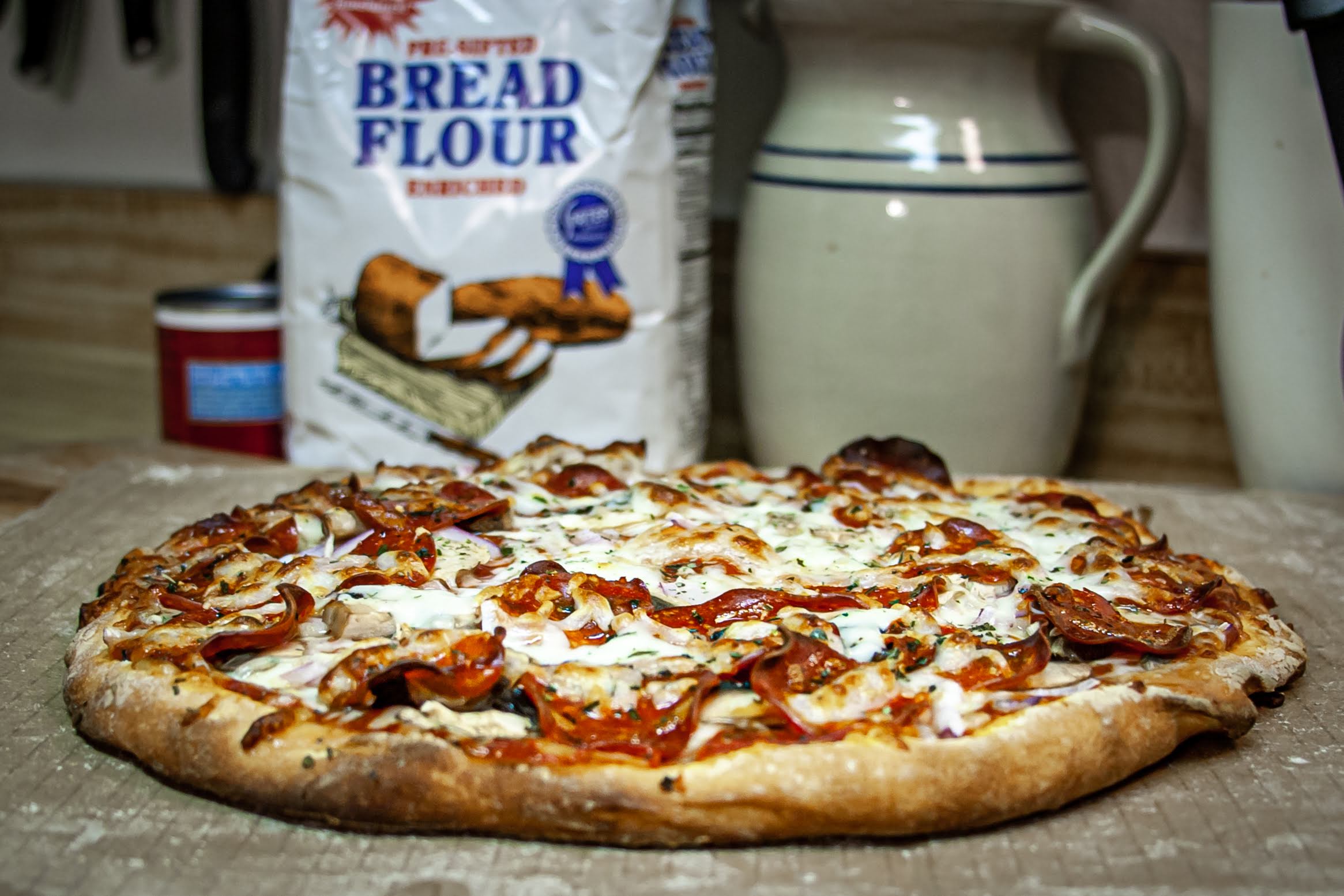 After I left home I eventually landed a shitty career in managing Domino's pizza stores. It was an awful job. 12 hour days for really bad pay. Awful work conditions. I estimate I made around 400,000 pizzas there. I have no doubt it's the reason I was alcoholic most of my life. After 8 years of that I finally woke the hell up and remembered I was always destined to be a programmer.

So I headed back to college to get a software degree. And about the same time got a part time job in an Italian restaurant run by a New Yorker doing New York Neapolitan style pies. Easily my second favorite pizza ever. And one of the best jobs anywhere. I'll always miss the crew there.

Since then I've had pizza all over. From authentic Neopolatin, to Chicago deep dish, to fancy Californian. But my definition of what a proper real pizza is always goes back to the ones mom made, and that Italian restaurant. The rules :

So maybe like a New England Greek style pizza? That would likely be closest. But I've never been there and tried one, so I'm just guessing.

Photos and recipes to follow. But be warned I favor a no-knead dough, and shortening in the pan instead of olive oil.

2019-12-18 09:13:32 : I miss your mom's and dad's pizza and I miss yours, too. The best pizzas ever! However, I also loved Zimmarinos.
I remember many visits there for pizza and trying different amazing beers along side those amazing pizzas long before you started working for them...mmmmmm

2019-12-18 14:22:27 : Hi Jon, this is the former JadedJu, aka Jill Tregor, from 1990’s blogging. I wanted to let you know that KD, aka Karen Kelly, aka Dot Lizard, aka Surreally, passed away. Apparently she died about a year ago, but I just found out. I thought I’d try to let BlogCon folks know, as that’s when most people met her in person. I hope you are well.

- Stream of Consciousness 2
Yesterday I mentioned the "no inner monologue" form of consciousness that some people have. I'm still confused.
- Stream of Consciousness
The voices in my head are telling me to do things. Specifically, reduce the size of the Thanksgiving menu. Trigger warning for people who only like cute fluffy posts.
- Thanksgiving 2021
Final draft of the tentative plan for the possible Thanksgiving menu.
- More FF XIV
The process of replacing WoW continues. So far so good.
- I should have.....
Over the years I've read plenty of articles where the author asks old folks what they wish they'd done differently when they were younger.
- About that.....
Finally Jon is the target of cancel culture. Probably well deserved if I'm honest....
- Some days.....
Some days I just struggle to find any hope for the future of this species.