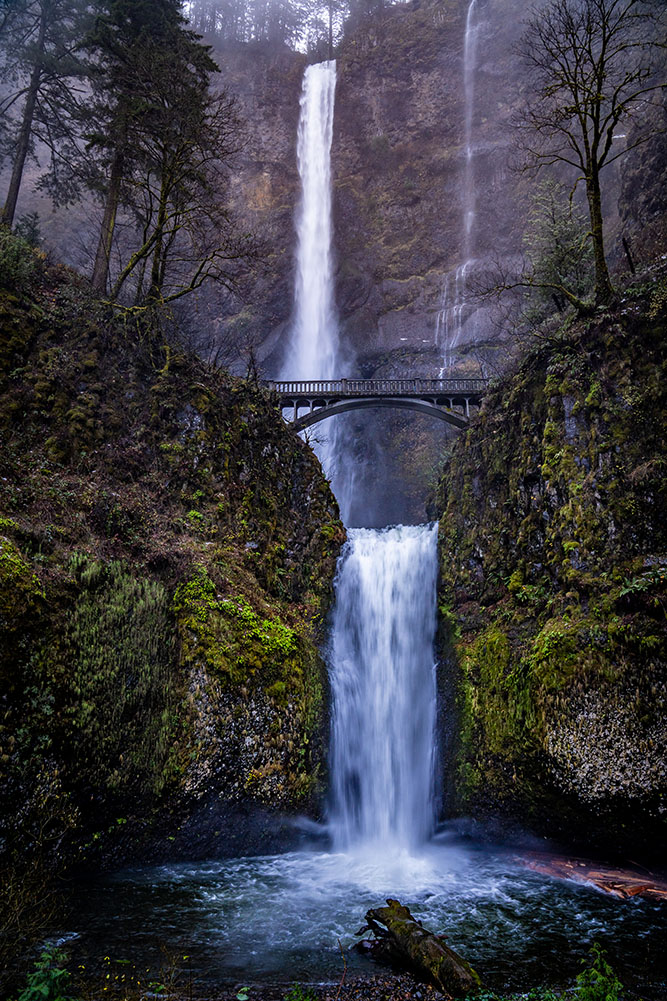 Really quick, as I'm trying to get a lot of stuff done today.

So the new camera is here. Yesterday was it's first adventure. Hit the road at 5am to scout photo locations in Portland. It was stormy, so no photos there. But I did find a few really good spots for when I can dedicate a day there in better weather. Also good to know it's "easy" to get to Portland in time for sunrise. Then on to Multnomah Falls to try some very bad conditions in high contrast to test out how far I can push the files in post with the new camera. Then some deep snow, getting high centered and then seeing if I could get out (I can, at least in an easy case). Then circumnavigating Mount Hood to get my bearings on how that works. Too much cloud cover for photos though. Also hit higher elevations to find some very nasty winter roads to test the new snow tires. Found a trail with about a foot of snow on it to test out my gear in winter hiking. It'll do. Some easy adjustments. Then head back to Portland for some grub. An incredible cheese steak from a food truck in this case. Then back home to find out Adobe doesn't support the new camera files yet. FUCK! So..... drowned my sorrows over that with lots of GMM compilation videos on YouTube.

Then up this morning to fight with the file format and get something I can import in Lightroom. Which brings us to this photo. Shot handheld at 1/13 sec, 1000 ISO. This should be a total turd in post processing. Which was the point. How far can I push the data before it starts to look like shit, even if I start with shitty data. Does the new in-body image stabilization meet the sales hype? It does.

I'm going to call the result a total game changer. I over processed this thing waaaaay beyond what I'll normally do, at ISO 1000, with plenty of super clunky adjustments like dehaze and over saturation and over sharpening and overlapping masks and darks cranked all the way up. Only a smidge of de-noise and it still looks almost printable. I mean..... Holy shit. This is the worst case scenario. I'm not presenting this as a great photo, it's not, but what the fuck. This is pretty good.

But...... since Adobe is going to take their sweet time getting the new format in Camera Raw I'll be shooting in RAW+JPEG uncompressed, which will make each image take close to 200 MB meaning my SD card will hold just over 300 photos. That may seem like a lot, but I often do lots of bracketing making each photo potentially more like 1 GB. Yeah..... that's not going to work...... Who cares. The new camera is incredible. Jon is insanely happy.

So...... The adventure continues. Jon is insanely happy.