Turns out they are packed with sugar, butter and oil. With a small amount of refined white flour.

People should probably not ever eat them. And for most of my life I've had an understanding that I just sucked at baking, so I never made any. Not sure how I came to that conclusion. But my life certainly has been full of cooking, but devoid of anything baked. 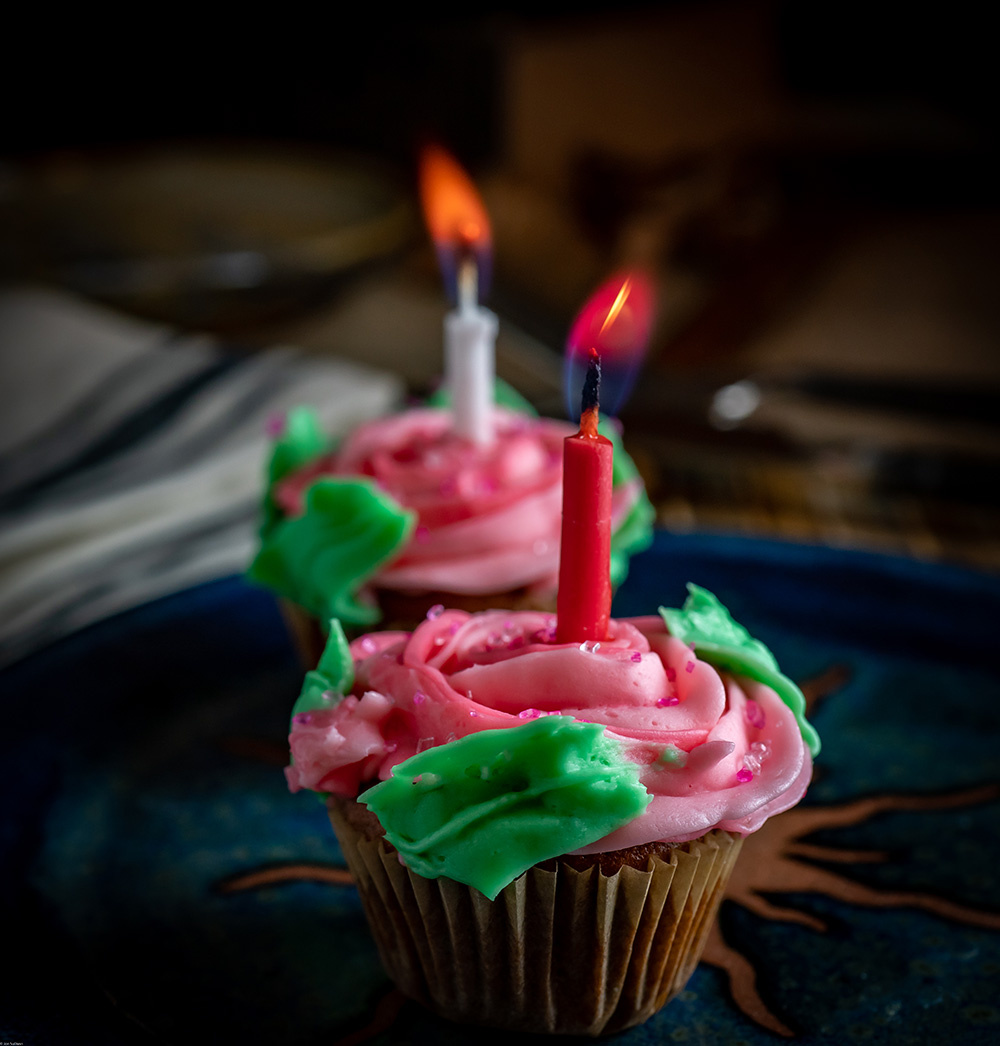 But then a couple months ago I decided for some long forgotten reason that the thing my photography was missing was captures of homemade artisan bread. So I learned how to do that. And now, suddenly, I can bake things. And I've always thought cupcakes would be wonderful to photograph. Thus, now I'm making cupcakes.

But since I never baked I didn't realize how crazy unhealthy they are. And I'm sure I can make them with less butter and sugar. Or some sort of "keto" cupcake made with cauliflower. But as a red blooded American man, I can assure you that is not a cupcake.

The problem is....... While I like this cupcake photo, it's only okay. I know I can do a lot better. Which means making more cupcakes. And probably accepting that the mini cupcakes are just too small for proper photos, and I need to make the big ones. And looking at other people's cupcake photos makes it obvious the best ones have a larger portion of buttercream.

I toyed with the idea of wandering around the neighborhood and handing them out to the homeless. But that seems slightly heartless. "Hi. Are you hungry? Here's something unhealthy for you." I could bring them to work, but 5 cupcakes for an office of 30 seems like a dick move. "five cupcakes in the break room. Aaaaaand.... FIGHT!!!" And before someone says it...... One reason I like the city is that I don't need to know my neighbors at all.

The cupcake here was delicious by the way. Pink lemonade flavor. Really good.